Publish 69 will be released onto all shards tomorrow morning during the normal shard maintenance windows.

It contains, among other things, a number of holiday-related items that need to be claimed before January 25th. Also Thanksgiving Turkeys are being turned off.

* Thanksgiving Turkeys will be turned off

Vet Rewards:
* 1st year Dungeon teleporter
* 5th Year Metal Dye Tub
* 10th Year Choice of 3 Oval rugs. The skull and cross bones will give 1 random Treasure chest map each week, The Rose Rug will give one random seed each week, and the Dolphin will give one random MIB each week. (After the first of the year we will be putting out a change to these rugs, we will be adding a gump to pick the direction and adding a smaller size. You will be able to pick between the current size 7×7 or a 3×5)
* 13th year a new rideable Armored Boura.

Virtuebane Town Invasion
* Be aware that Virtuebane will be looking for any weakness. Town criers will give warning when the towns are about to be invaded.

CoM Headquarters
* Due to all the future plans for Magincia we have built a new home for CoM. The new base is located south of Moonglow. Look for the magical spot in the water. 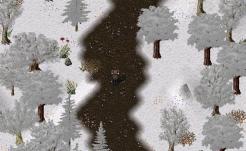 Snow
* Snow has been added all over the world for the holiday season, enjoy the cold!

Stage One of the Abyss Flesh out
* We are starting to fill in the areas in the Abyss that are void of monsters, this is only the start but please check out the Abyss.

Magery – Magic Reflection
* The magic reflection spell will once again be enhanced to provide additional tactical options in player versus player combat. At this time, any targeted non AOE spell, regardless of its circle, can be reflected (excluding Bards mastery abilities). This change will add variety and additional tactical options when fighting a character who has cast magic reflect. The magic reflection spell decreases the caster’s physical resistance and physical resistance cap, while increasing the caster’s elemental resistances. This spell now works off a pool, if you do not have any reserves left in your pool you only have to cast the spell once to replenish it, If you have reserves in your pool you must cast Magic Reflect once to remove the spell and again to re-add the spell.
* When a player casts magic reflect they will receive a pool of reflection power which is based off of their magery, inscription, and scaled by their magic resistance.
* The level of the spell cast on a target will remove power for the targets reflection pool. The more powerful the spell you cast, the better chance you have of defeating the magic reflection.
* If the spell is not successful in bringing down the magic reflect, the spell will be reflected back to the caster.
* Once a spell is cast that succeeds in depleting the pool of reflection power, it will damage the target. This is true even if the first spell cast successfully breaks the reflect.
* Once a reflect is broken, there is a 30 second delay before the target can cast reflect again to replenish their pool.
* Magic reflection will only be removed thru purging or recasting magic reflection with an active reflection power pool.
* Items of reflection will take 60 seconds to charge.
o After equipping a reflect item there will be a 60 second delay before the reflect is active.
o This will use only one charge from the item.
o The reflect will act in the same manner as if it had been cast by the character wearing the item.
o Once the reflect is broken, the wearer must wait 60 seconds before the item will place another reflect spell.

Hidden players who have been detected will not be able to rehide/invis for duration based on their hiding skill or magery skill. Players can now only freely detect hidden criminals, murderers, and other aggressor types.

Abandon Ship
* Harbormasters now have a context menu option that allows you to abandon your current ship.
* Abandoning your ship will cause the ship to decay within 5 minutes if there are no players on the ship.
* Once your ship has decayed you will be able to place a new one.

Bug Fixes (EC)
* Spellbooks and containers on the hotbar no longer become invisible in the backpack when sailing across a server line.
* Item tooltips will now update properly if the properties of the item change while the tooltip is showing.
* Items will no longer get stuck in the corners of containers in Legacy container view.
* Checkers, Chess, and Backgammon boards can now be used. (Known issue: Mahjong cannot be used.)
* Gold stacks dropped at the bottom in Legacy container view will no longer appear lower than it should be.
* NPC shopkeepers will display correct inventory after an item is sold out.
* Being resurrected quickly after death will no longer get stuck in the grey screen state.

All in all, a pretty exciting publish!

UOJ Note: The two images posted with this article, the UO Santa originally appeared on UO.com prior to 2005. The Snow image was from UO.com in December of 2006.