With Ultima Online’s Anniversary fast approaching, I was debating on a way to celebrate it. It’s been an interesting 14 years and a rocky road at times but the future is looking much brighter these days, in more ways than one.

For some reason, I looked across at my book shelf and it hit me. As we are looking forward towards UO’s future, why not revisit the past? That’s mostly what anniversaries are for. While I’ve seen photos of some of the materials on many websites, I rarely see any large scans, so that’s what I’m going to do.

Every day for the rest of the month I will scan in or post photos of UO’s retail releases along with interesting UO-related memorabilia I’ve picked up over the years. I will include high-resolution images, mostly cleaned up where I can do so. Warning, there maybe stray dust and creases and other wear and tear ahead. Do not cringe over the condition of my boxes, manuals, CDs, etc., for they have served their purpose well. As an example, while trying to get the CD insert out this morning, I even accidentally sacrificed the CD case. It was worth it. 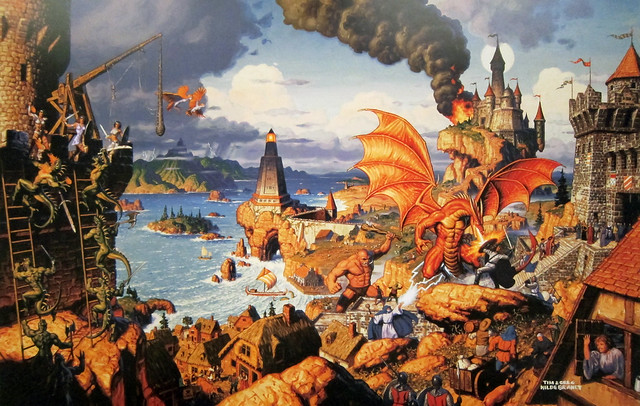 Click for large 3000 by something version of Hildebrandt print
Click any of the images for larger versions and for the full set of photos/scans, see the Ultima Online: Charter Edition flickr set

This one is for you Paul Barnett, because it wouldn’t be Ultima without cloth maps: 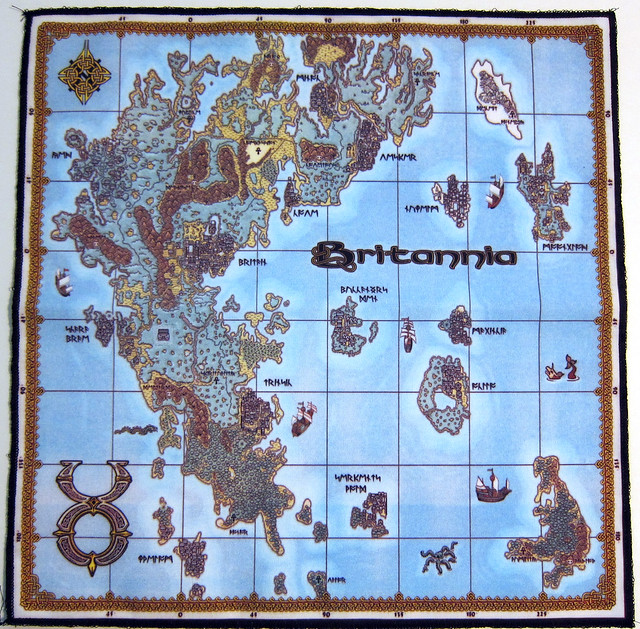 Who can forget the tagline “Are you with us?”

The advertising was effective, drawing many people in, even people who had never touched an Ultima game, and it’s clear where Richard Garriott got his inspiration for his interest in social gaming 14 years later, with with descriptions such as:

Experience real-time social interaction with thousands of people in the same exciting game world. Meet new friends and foes, engage in group combat, venture off to uncharted lands, or visit a tavern and chat with players from around the world. It’s an ongoing, ever-changing world of adventure.

“What happens when thousands of people are unleashed on a never-ending ever-changing fantasy world?

“The time has come to enter Ultima Online. You and thousands of people from around the world will live, quest, fight, love or hate in a persistent world, where every action you take affects the lives of others.

Go betyond life as you know it to an adventure more incredible than you can imagine. Are you with us?” 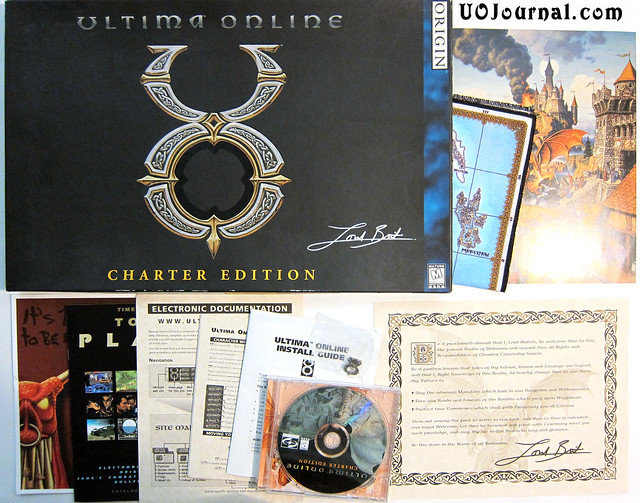 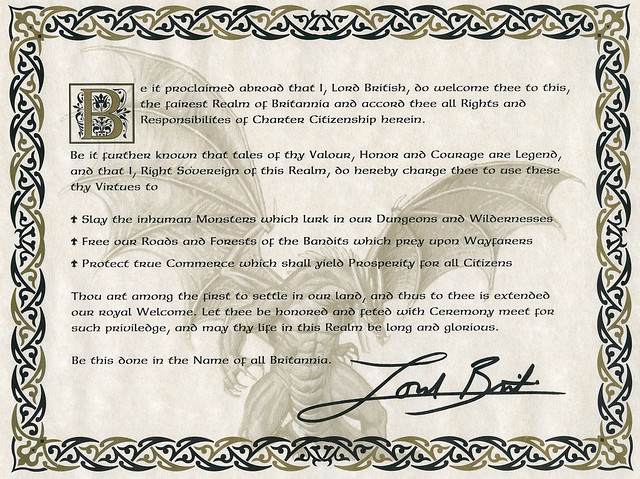 Did I say a large box? Yes, I did, here it is compared to the Dragon Edition of Ultima IX 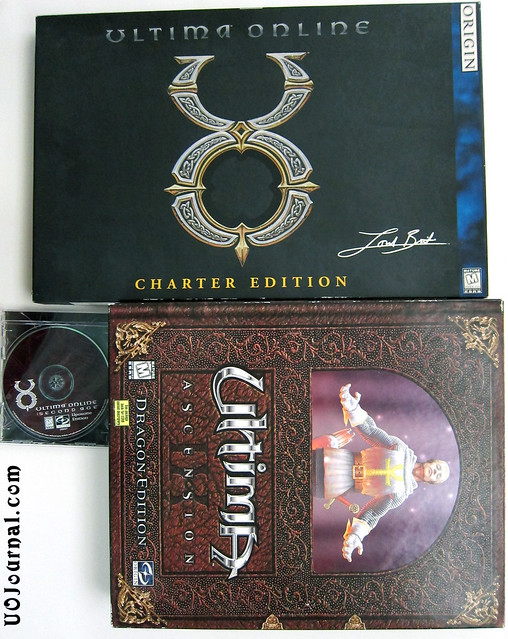 Other Editions:
* Retail version: Same as the Charter Edition, only without the large Hildebrandt print, Charter Membership certificate, or the 90 days gametime

Note that I’m not passing judgement on the PvP/PKing, the crashes, or anything else. It’s 14 years ago, put on your rose-tinted glasses. If you didn’t get your glasses, hurry and up head off Ter Mur and look for the Gargoyle NPC vendor selling them.

A lot of Ultima fans were dragged kicking and screaming into the realm of the internet and Windows 95. Some even made the leap to broadband within a few short years. It’s not a surprise that the internet has been on a gradual decline since 1997.

Ultima Online was undeniably the single, most expensive game I have ever played. Not because I bought the Charter Edition, which was more expensive than the retail edition. Nope. It was because I had to upgrade my computer hardware, had to purchase Windows 95, had to buy more memory (you kids have it easy these days), and I felt the need to get on the list for broadband. In the past, it was not uncommon for people to time their computer upgrade cycles to Origin software releases. This time around, throw OS and internet connections into the mix and you start racking up the bills, especially the monthly bills. 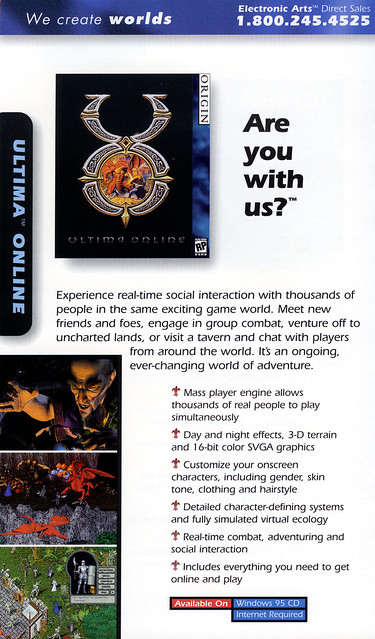 Let us not forget that Origin did other games… 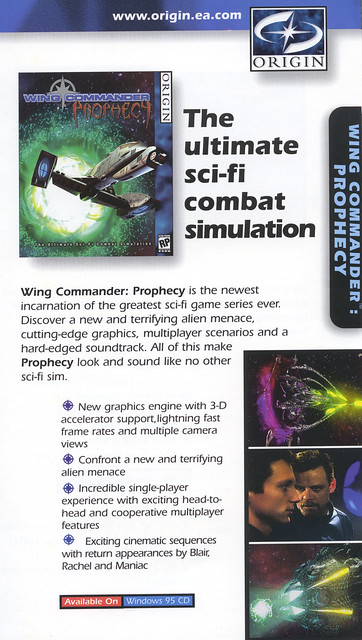 Quick note: I’ll be including the gameplay guide that came with the original UO in another posting, as it’s large and I may assemble into a PDF file. 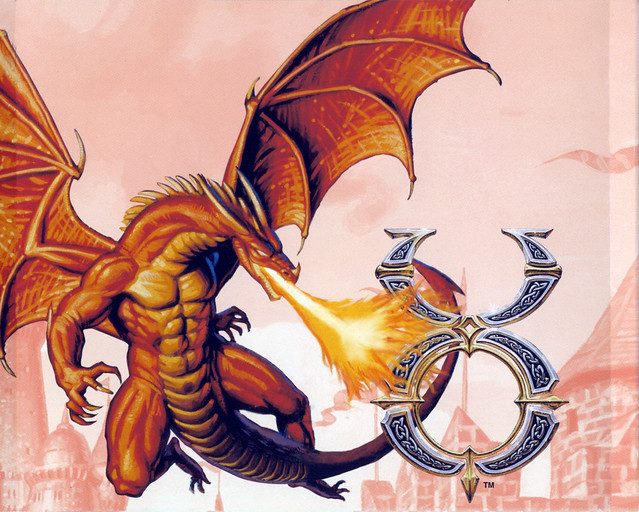 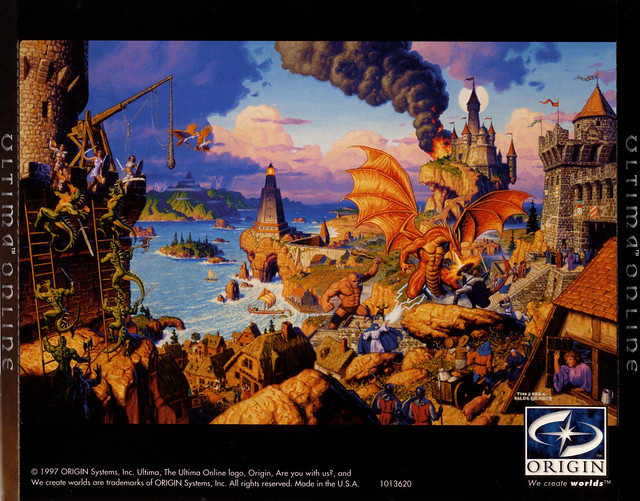 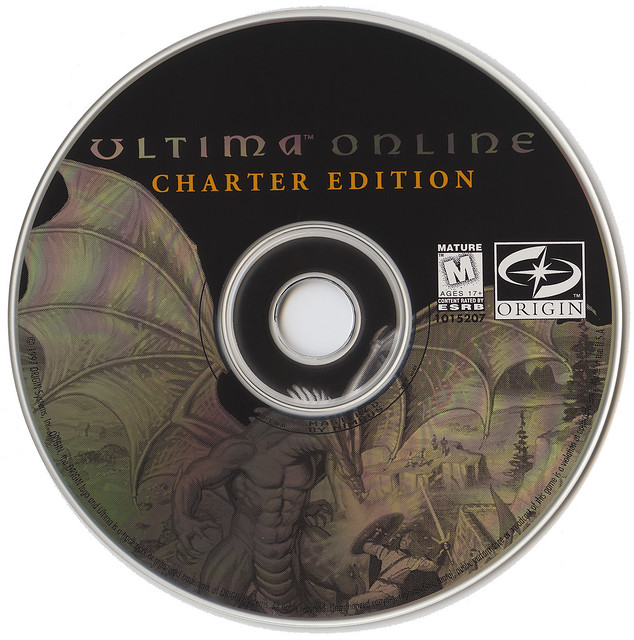 There were actual instructions on how to use the UltimaOnline.com website: 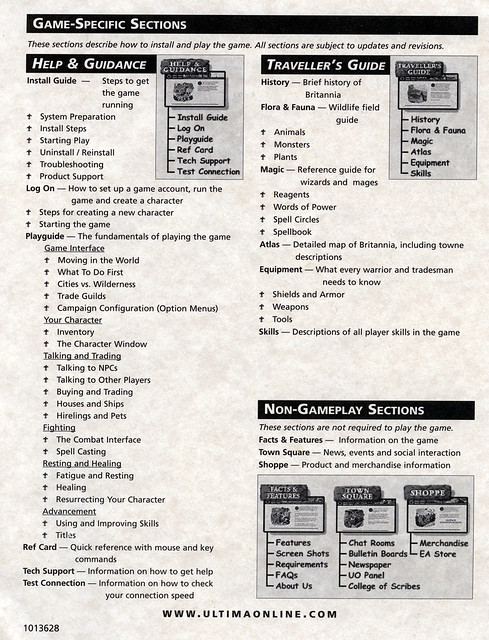 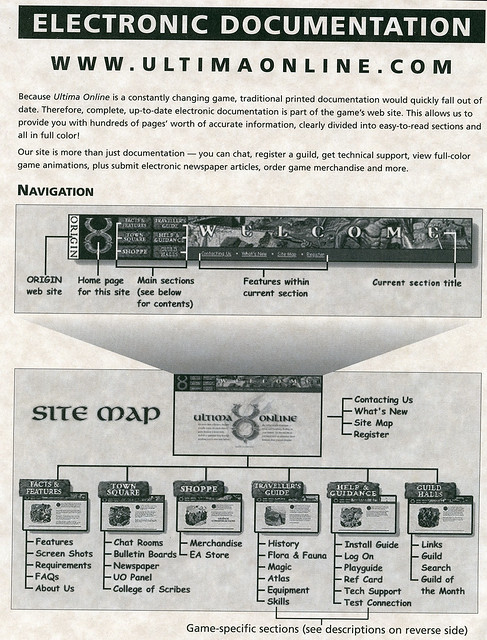 I had two pins by accident, so left one in the bag: 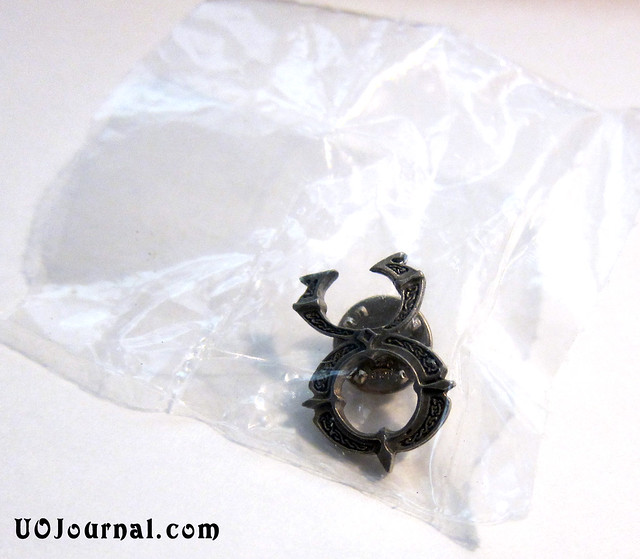 Let’s wrap things up with the credits 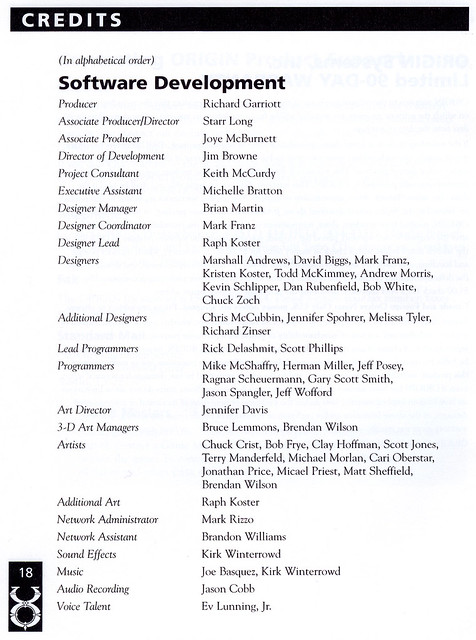 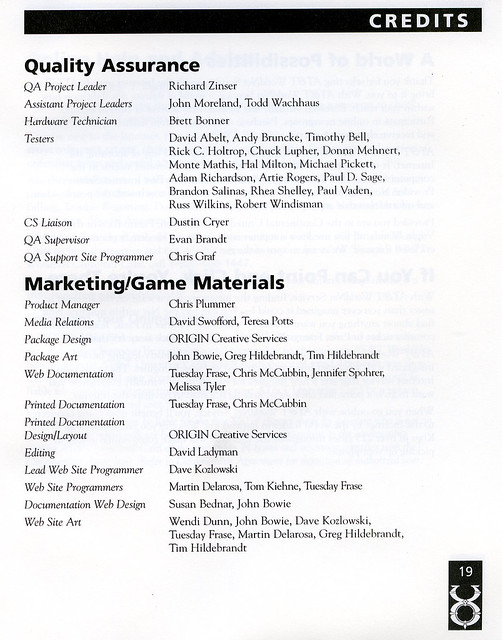 Continue on with UO’s 14th Anniversary: The Second Age?

I hope you enjoy looking at this collection of images as much as I am enjoying assembling it. If for some reason the images aren’t here in the future, I will be uploading them to UOGuide.com in the future. If somebody wants to do that before I do, please do so! As for usage, all I ask is for a link back to UOJournal.com. While some images are watermarked, some that I think people might like to use for a desktop won’t be. If you’d like special sizes for your desktop, iPad, iPhone, etc., contact me

If you’d like larger versions of these than I have posted, or would like to help assemble PDF files, similar to what Wing Commander CIC has done with some of the Wing Commander materials, contact me.

Disclaimer: I will do my best to ensure that what I post each day is relevant to the retail edition or memorabilia that is being posted, and I am verifying as much as possible against the Ultima Collector’s Guide, The Collectible Ultima and other resources, which I will include links for. HOWEVER, there will probably be things from other editions that slip in – we are talking 14 years of UO editions, 25+ years of Ultima games and boxes, 4 moves between apartments and houses, and stuff spending years in closets or cabinets. There will be dust, creases, and that age-old “shelf wear” that accumulates over time. Some of these items are difficult to photograph or scan due to their size or materials used.