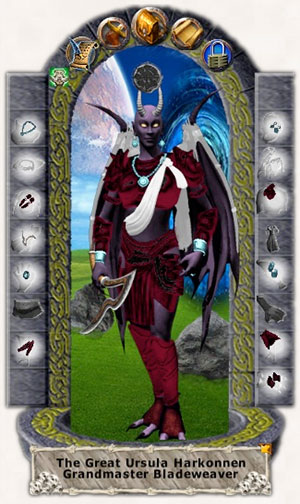 Over the past year, I talked about things I thought needed to happen as UO moved towards its 15th birthday. Sadly, while some things are being done to move UO in a good direction, such as dungeon revamps, other things which are more important in the long term are not being done, even though they are incredibly obvious to all who are concerned about UO. Back in October, I made a post, Three Things to start Fixing Ultima Online, which were:
1) Act like BioWare owns it.
2) Raise the level of communications.
3) Talk to us about the short and long-term plans for UO.

Today, I want to talk about #2, although it certainly ties into the other two.

One of those things was improved community relations as well as promotion of UO’s community. Back in November 2nd Producer’s Letter from Jeff Skalski, he even highlighted that as the #1 thing in the list of plans for UO.

The community team is still woefully understaffed and UO shares a few people with at least three other BioWare Mythic teams, and it shows. While Dark Age of Camelot was finally moved away from the CamelotHerald.com website over to the DarkAgeOfCamelot.com website and received a much needed makeover, the Warhammer Online website makeover that was promised roughly 8-9 months ago, and then saw delay after delay last fall has never happened. DAOC players didn’t receive much of a bump in improved community relations as a result of the website makeover. Jeff Skalski, the Ultima producer, said he would look into UOHerald.com moving back to UO.com, and everybody that plays UO knows that UO’s website needs a facelift.

The problem is that the same person or persons responsible for the other websites is also responsible for UO’s website and nothing has changed since around this time last year, although the community team may have in fact went down a headcount. I’m not sure, but having followed them for the past year, there are one or two people that I no longer see being actively involved with any of the BioWare Mythic games.

Of course, last April, BioWare Mythic got a “web journalist”, but we’ve only seem him once or twice. He was probably moved over to an MMORPG that has something to do with George Lucas’ vast empire.

Recently, Ultima Auctions asked Jeff Skalski in a twitter message about the community relations team and if they were separate. Jeff responded: “Our community team here is a seperate group who works with all of our projects.”

Still, you would think that there would be a lot more community relations going on, and that over time the websites would improve.

In reality, over the past few years, the UO, DAOC, and WAR websites have went backwards. Sure, Dark Age of Camelot got a much-needed domain name change and a makeover, but as a whole, all three websites have lost functionality.

Imagine yourself in the shoes of a returning player. You visit UO.com which takes you to UOHerald.com. There is less information there than when it was UO.com 5 years ago and when UO had a much more active community relations team. There is less functionality – no character or guild lookups. There are many broken links and much outdated information. There is no clear direction for UO, from taking a look at the official website.

It’s especially not a good sign when community relations and outreach are one of the cheapest ways to help keep players connected to the game and that helps advertise the game to returning and new players alike. New players are going to expect a lot more than what we see from the UOHerald.com, and they expect an active community relations team. If you were pinching pennies, well community relations might be the first thing to go since it has less of a direct impact on the game itself.

However, at this point in time, and being that UO is within BioWare, you would think that with BioWare’s massive resources, and with many people within BioWare publicly proclaiming their respect of UO, that things would change.

In fact, Eugene Evans, BioWare Mythic Vice President, said the following four months ago: “I’m very proud to be able to say that I’m running the studio that’s run Ultima Online for as long as it has..”

So BioWare Mythic’s Vice President, Eugene Evans, is “proud to be able to say that I’m running the studio” that UO is a part of.

Savor the rich irony of that. Doesn’t the irony just fill your senses? Are you overwhelmed by their words?

Do you feel the love that BioWare has for Ultima Online?

Or after reading those words, do you have any of the following symptoms:

Note: If you have any of the symptoms listed above, seek treatment for a possible concussion. Don’t mention anything about Ultima Online, just tell the nurses and doctors that you fell and hit your head.

Earlier in the post, Ultima Auctions was mentioned. This is a new project that started up recently to replace the old UO auction websites that used to be popular. If you get a chance, check it out. It’s a good example of the community filling in a need.

As another example, Pinco, a UO player, has worked extremely hard to make the Enhanced Client (EC) an enjoyable and customizable experience with his User Interface (UI). Pinco’s UI is quite popular. You can find out more about it here at Pinco’s website.

Pinco is constantly making updates to his UI, and a few weeks ago he added the ability for certain characters to have a paperdoll background that changes based on where you are located, such as at a moongate, at the bank, on a ship, in Heartwood, etc.

Check this thread on Stratics that shows off and discusses the new paperdoll backgrounds or look at the example on the top right of this post. To see other examples of the backgrounds, see this Stratics post.

If you didn’t read the Enhanced Client forum on Stratics, you would never know about the nice work Pinco and others are doing to make the EC better.

Most MMORPGs highlight fans that do things that help the game and the community.

It’s one of the things that I hoped would change with Jeff Skalski’s promotion to Ultima producer.

Would it really be that hard for Jeff or Bonnie or somebody else to send a note to the BioWare Mythic community relations team to spend 10 minutes on a post on UOHerald.com highlighting the work that people like Pinco are doing?

I guess it would be really hard, since it’s not being done. Really sad since the producer’s letter last November mentioned that improved communications with the UO community was at the top of the list of plans for Ultima Online.