Update #2: Some of the new artwork was added last March (virtue tapestries) and this is the first we’ve seen of it in-game.

There are new items that were added, but this is not the same as remaking older artwork.

This is not the first phase of the new high resolution artwork update, as that covers terrain. It appears that they are experimenting with mobiles.

Update: #1: As for the animals below, the new artwork that showed up in the Classic Client was a mistake according to one of the artists.

Summary:
* They may or may not have adjusted the resolution of certain landscaping and animals in the EC.
* They definitely changed the artwork in the EC for sheared sheep.
* They have added in the normal sheep from the EC/KR client into the CC.
* I’m zooming in and out too often and am not sure what was added/changed so I am quitting for the evening.

This is definitely artwork from Kingdom Reborn, just to give you an idea, but it appears the scaling might have changed:

All of these screenshots were taken today. They are completely zoomed in on the Enhanced Client, so there is some pixelation. They seem clearer.

I believe the animal artwork is from Kingdom Reborn – I’ve been checking UO Guide against what I see on the screens.

As for some of the trees, I don’t think these are new or from KR, although they happen to look crisper when zoomed all the way in for some reason. This is what I’m talking about: 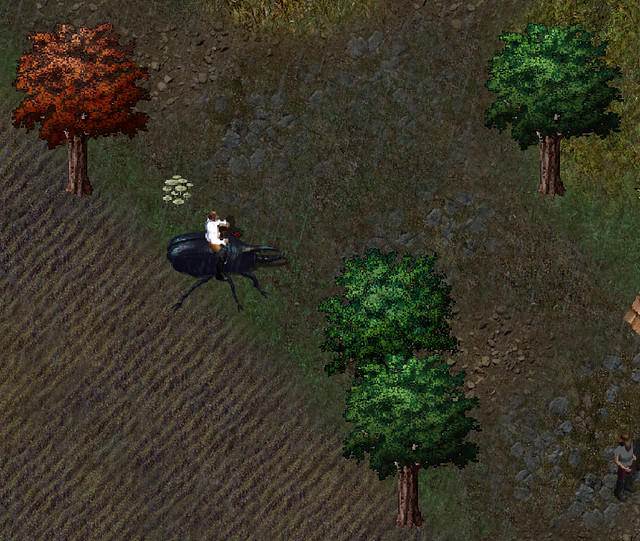 After talking to a friend and looking at some screenshots, I don’t think the trees have changed, but they seem to look crisp when zoomed all the way in.